PETITION: Voters carried a petition. County Auditor Gange verified signatures and turned them over to Commissioners to place the issue on the ballot. The people had spoken. Yet Abbott and Falkenberg actually voted to deny our legally-acquired right to vote, even after Russell reminded them that turning down our petition was not an option! Abbot and Falkenberg’s willingness to defy the law in order to prevent a legal vote makes one wonder if they really do have something to hide.

WHY THE OPPOSITION? When this began, Commissioners looked like folks uncomfortable with a camera capturing their every word or gesture during meetings. [Truth? Understandable discomfort, but they sought this very public job.] Later, Commissioners declared the judge would not allow recording in a courtroom. [Fact? Other rooms are available and the judge now agrees that they can record, in compliance with existing state law.] Commissioners claimed the tenor of meetings would change, all informality dropped. [Truth? So long as they follow the law, informality is fine.]

Transparency: What people say in these meetings—commissioners, taxpayers, employees, you, me—will be on the record. Such a record was once prohibitive. Today’s technology makes it reasonably easy and affordable; perhaps we will all choose our words more carefully. By the way, Hot Springs and Edgemont City Councils already record meetings.

Accessibility: Most people have jobs or care for children during the day. Some are house-bound. If meetings are available online or at the courthouse, taxpayers can catch up on county business and make informed decisions about issues and candidates.

Practicality: Lawsuits can be prevented; county staff can clear up confusion about quotes, motions, votes, etc. Recently, a contractor dispute cost the county at least $20K and a battle over road conditions continues, because there is no way to prove that the contractor made certain claims. Currently, two county employees and two commissioners take notes manually, yet at least one item comes into question after nearly every meeting. With a recording available, we can reduce the number of notetakers and use the recording to easily verify details.

COST: Taxpayers will pay to prepare files for broadcast on YouTube or similar internet venue. The file should be copied on one DVD for public viewing, another for the permanent file. When possible, meetings will be broadcast on public access channels. Our quote for all this (camera, data storage, labor) came to about $2,500 annually. Commissioner Falkenberg references quotes of $10,000 annually, but this includes paying a cameraman, which is unnecessary. The camera can be fixed, facing commissioners, not scanning the room.

VOTE: Initiated Measure 18-01 is the last item on your ballot after state-wide amendments and measures. Commissioners have always had the right to record, but refused*, so we must vote “YES” on 18-01 to ensure that they record meetings*, make the recordings accessible and store them in the county’s permanent record. 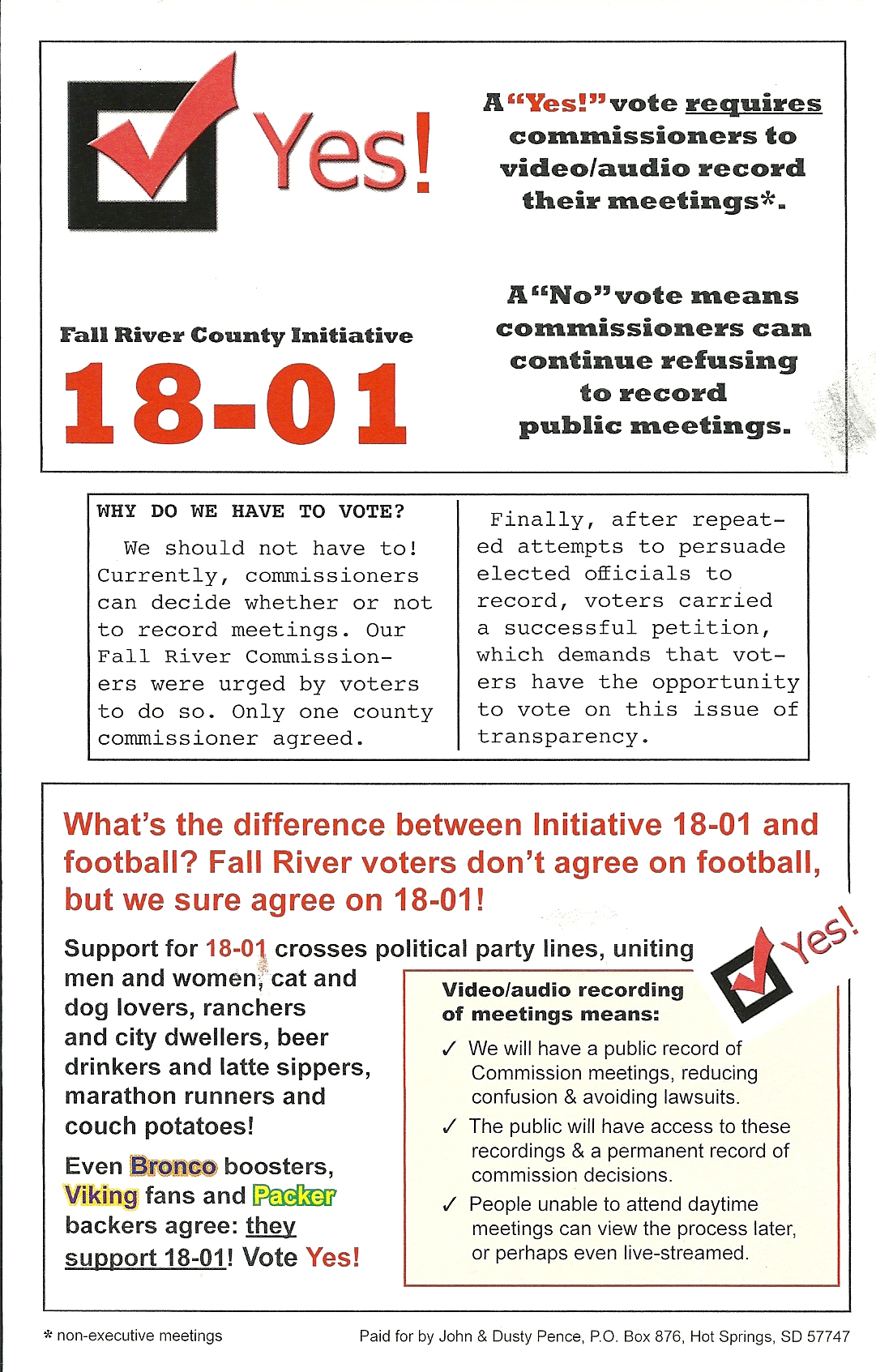 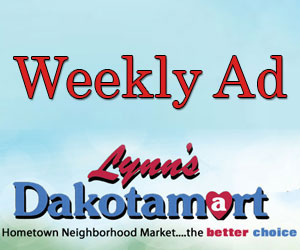